Following today’s announcement of the 2015 Academy Awards Awards nominations, M-Net Movies Premiere is delighted to bring viewers a feast of Academy Award winning films as well as one of 2015’s leading Oscar nominees in February.

The Oscar nominations were aired live on Wednesday on M-Net Movies Premiere where The Grand Budapest Hotel scooped nine nominations, including the coveted Best Picture category. The quirky comedy recently scooped a Golden Globe in the Best Motion Picture, Musical or Comedy category and received a 2015 Bafta nomination. The story by noted Hollywood director, Wes Anderson, of The Royal Tenenbaums film fame delivers an entertaining and adventurous comedy littered with stars from Ralph Fiennes to Jude Law and Bill Murray. The film will air on M-Net Movies Premiere, channel 103 on Thursday, January 29 at 20:30 CAT.

The Oscars for outstanding film achievements of 2014, hosted by Neil Patrick Harrison, will take place on Sunday, 22 February 2015, at the Dolby Theatre® at Hollywood & Highland Center® and be televised live in the early hours of Monday 23 February on M-Net Movies Premiere channel 103.

Leading up to the glitzy event, M-Net Movies Premiere will also bring viewers a feast of Academy Award winning films that captivated the world in 2013. Some of the titles to look forward to are 12 Years a Slave, Blue Jasmine, Dallas Buyers Club, Gravity, The Wolf Of Wall Street and Mandela: Long Walk to Freedom.

Upgrade your subscription to DStv Premium to get access to M-Net Movies Premiere channel 103 for the all the Awards Season coverage and to get watch to Oscar-winning titles.

Best Visual Effects
“Captain America: The Winter Soldier”
“Dawn of the Planet of the Apes”
“Guardians of the Galaxy”
“Interstellar”
“X-Men: Days of Future Past”

Best Original Song
“Everything Is Awesome,” from “The Lego Movie”
“Glory,” from “Selma”
“Grateful,” from “Beyond the Lights”
“I’m Not Gonna Miss You,” from “Glen Campbell: I’ll Be Me”
“Lost Stars,” from “Begin Again”

For more information and to keep up with Awards Season, visit www.dstv.com.
ENDS. 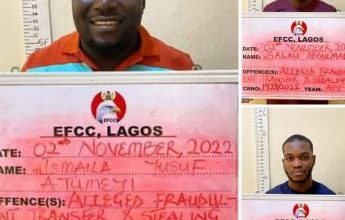 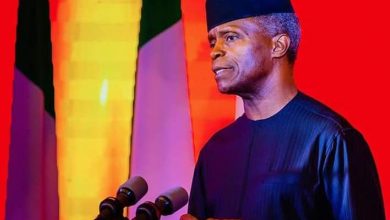 Osinbajo Pleads With Nigerian Youths Not To ‘Japa’ 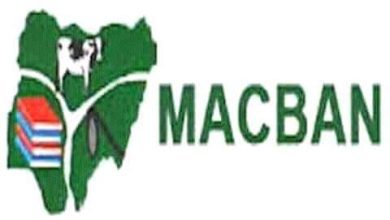