An autonomous funding mechanism that will keep all the three Lagos State’s tertiary institutions on the path of sustainability has just been initiated by the State Government.

Governor Babajide Sanwo-Olu, on Thursday, announced that the Government will be setting up Lagos State Tertiary Education Trust Fund, in a move that will creatively revolutionise the model for the funding of tertiary education in the country.

Sanwo-Olu made the announcement when he received members of the Visitation Panel to the Lagos State University (LASU) led by the former Vice-Chancellor of the University of Lagos (UNILAG), Prof. Abdulrahman Bello, at the State House, Marina.

The panel, set up in November 2021, turned in 322-page recommendations for the Governor’s implementation towards meeting the university’s contemporary needs in academic growth and physical development.

Sanwo-Olu said the need to create independent funding channels for the State’s tertiary institutions became pertinent, given the nature of disputes characterising the national university system which had led to the perennial staff strikes and closure of campuses across the country.

Although none of the three tertiary institutions in Lagos is taking part in the ongoing Academic Staff Union of Universities (ASUU) strike, the Governor said the Fund would be a pragmatic strategy to meet the schools’ requirements.

The Governor directed the Attorney General, Mr. Moyosore Onigbanjo, SAN, and the Special Adviser on Education, Hon. Tokunbo Wahab, to fashion out the statutory framework that will give legal approval to the Fund.

He said: “Now that we have three universities in Lagos, I believe there is a need for us to set up Lagos State Tertiary Education Trust Fund, which, in our view, will create a sustainable model and the funding that is required, both internally and externally, to strengthen academic research, learning and all that is necessary to keep these universities on track of their mission.

“This is an idea whose time has come at the appropriate period many schools are under closure due to industrial disputes. I am issuing the responsibility to Attorney General and Special Adviser on Education to create the legal framework for the birth of the Trust Fund. This will be another legacy initiative our Government is bringing to sustain education in our State. This will create a financial model that will ensure sustainability of these schools.”

Sanwo-Olu said the Trust Fund would create an additional funding source to the three universities, aside the monthly subventions and intervention funds from federal education agencies, including Tertiary Education Trust Fund (TETFund).

The Governor said the LASU Visitation Panel was set up to birth a new order of growth for the university ranked as the Second Best University in Nigeria by the Times Higher Education (THE) World University Rankings, 2020.

After receiving the panel report, Sanwo-Olu said the State Government, in the next seven days, would constitute a committee that will dissect the recommendations. The committee, he said, is expected to come up with a White Paper that would ensure seamless implementation of the panel’s recommendations.

“It is delightful for me to know that the panel took on the responsibility graciously with all the commitment required. I thank the chairman and members for your dedication and efforts invested in this tough assignment. Today, you are turning in the report. I assure you that we will review and take all suggestions offered. Lagos will continue to be beacon of hope for the country in education,” the Governor said.

Prof. Bello said the panel, in the course of its sittings, interacted with all stakeholders of the university on the 11 terms of reference given to the panel.

The chairman said the panel received and considered 40 memoranda from ASUU and the Senior Staff Association of Nigerian Universities (SSANU), which contained 58 separate issues, adding that members also visited the three campuses of the university.

Prof. Bello said: “LASU has to be assisted and supported to maintain this status. The fine details of what would need to be done have been catalogued under each term of reference. These include issues with academic and infrastructural needs, as well as other consideration for the Government, from funding needs to amendments to the University Law to ensure good governance and peace.”

The panel, in its report, recommended the need to upgrade infrastructure in the Epe campus of LASU to meet the standards of the university.

2023 Elections: Use Your PVCs to Vote Out APC, Saraki Tells Nigerians 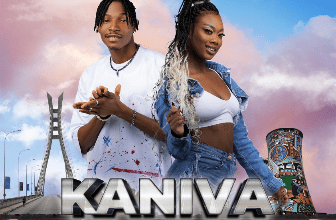 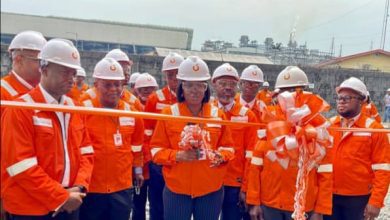